It was an amazingly fun wedding weekend celebrating Marc & Dani who tied the Prokopchak knot on Saturday night. There was old friends, new friends, accordion playing, wedding farts, nonstop dancing, Arcade Fire, the Star Spangled Banner, 4 a.m. bedtimes, and a surprise cameo of Luke Foley's bare chest during the last dance song (probably not a surprise at all).

The Wedding Deets
The couple married at the Cork Factory Ballroom in Lancaster, PA, a perfect locale blending rustic and industrial modern with romantic a la Dani touches (case and point: candlelit and rose-petaled lined walkways). The ceremony and reception spread into three intimate open rooms free for mingling, eating, and drinking (emphasis on the drinking for many).

Finally!
I finally finally finally met the band members (minus David) of The Young International (formerly Lorien) and their former leading lady Cara (who, according to reputable sources, makes the most delicious curry chicken salad and other to-die-for menu items). It was sort of like reuniting with old friends but you're meeting them for the first time (except you usually don't meet two of the guys while standing on a balcony concerned they can see up your dress while waving and suctioned to the furthest wall side-stepping it to the nearest escape trying to be totally normal).

The Ceremony
Teeny tiny beautiful Dani walked down the aisle to DeVotchKa's "How It Ends" and she and Marc, as an official betrothed couple, walked out to Arcade Fire's "Wake Up" (quite the crowd pleaser). Someone sitting on the bride's side definitely let a fart escape during the exchange of rings which was hilarious to witness her parents trying to keep it together during such an intimate moment.
I must say I got choked up a handful of times:
1. watching Dani come down aisle
2. her Dad giving her away
3. the handwritten vows
4. watching Dani smile numerous times at Marc's parents
5. watching Marc's parents smile at each other when Dani smiled at them.
To be honest, I was pulling for Marc to shed a tear or two during his vows as I've never seen him worked up on the romantic level before but alas, no tears from his end. I suppose I did enough tearing up for the both of us. 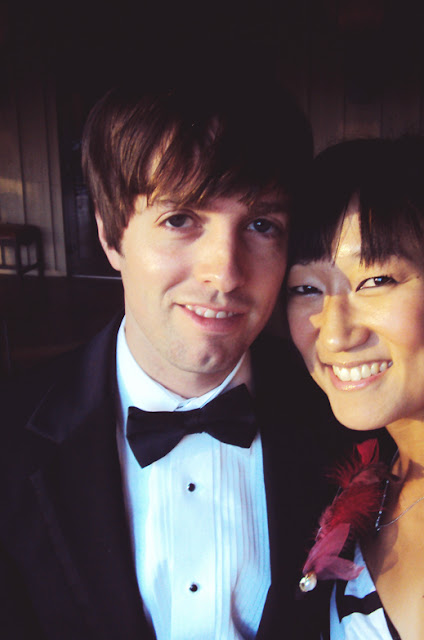 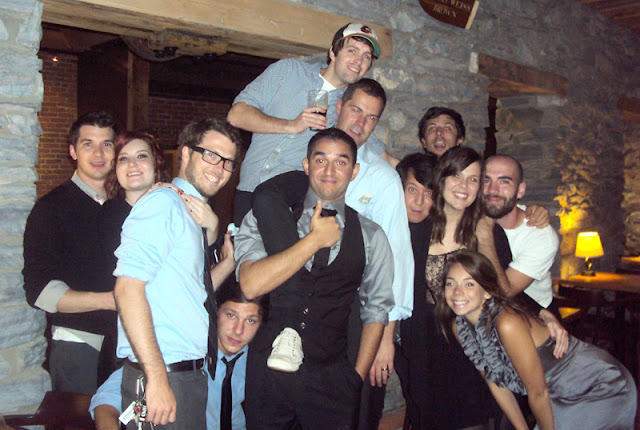 Most of the After Partyers 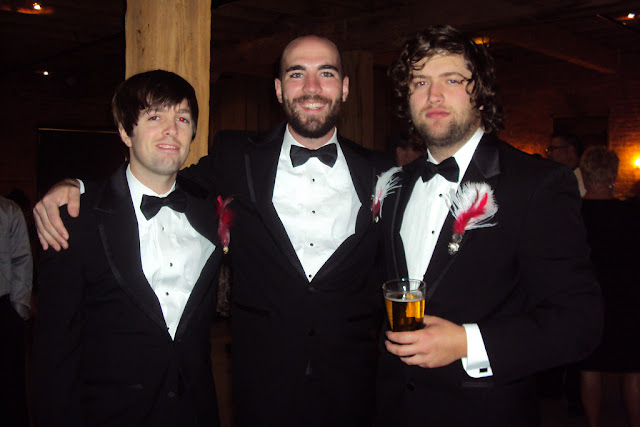 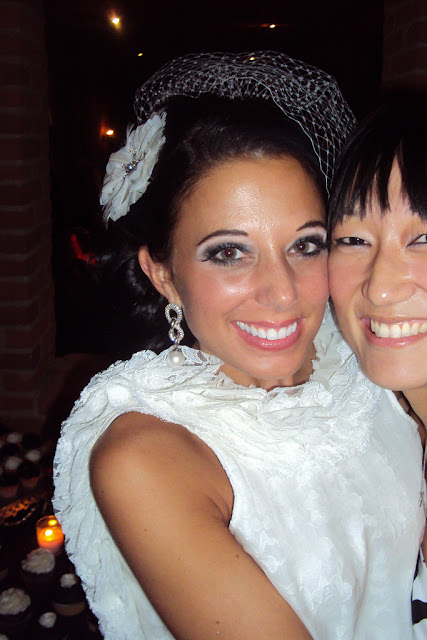 The bride & almost all of me 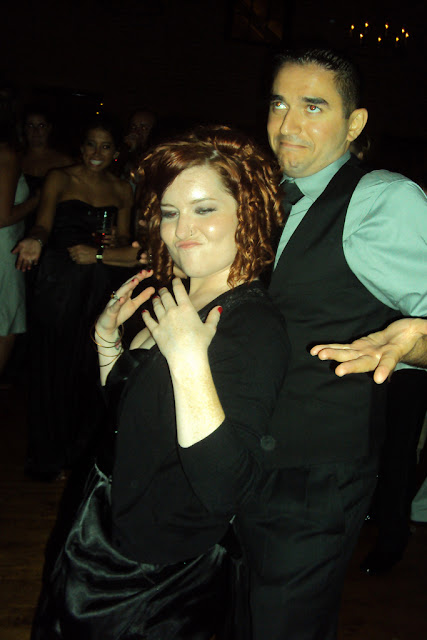 Two of my faves: Ashley & Ali 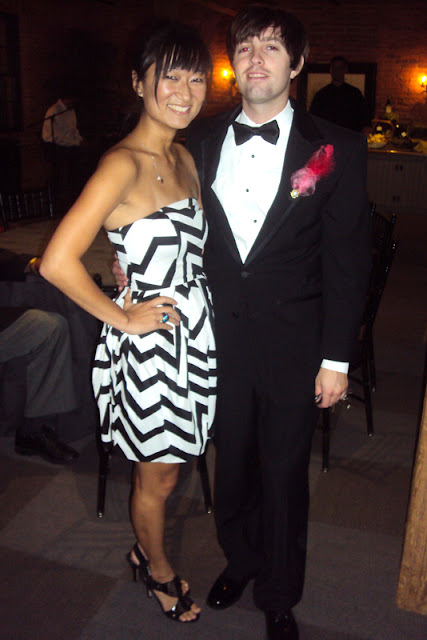 We clean up okay!