I'm currently writing to you with a bit of a fever ("Bieber fever?" Robbe asked.) and a queasy stomach--all (thankfully) post birthday weekend 2010, which was, by the way, truly so much more than I could have ever asked for (because I probably would have never asked it to be ghetto, creepy, or full of "wtf" moments).

Firstly, I must pay tribute to those who fantastically crafted original birthday art for me. Apparently, I have some kind of Sufjan Stevens obsession. 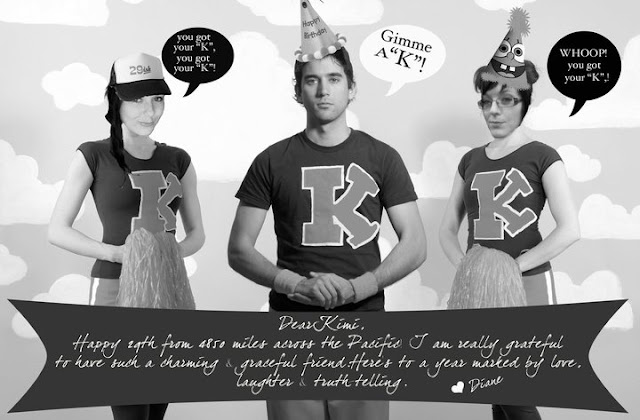 by Misie
This one, I like to call: "El Sufjan O(da)Le-Hee-Hoo" 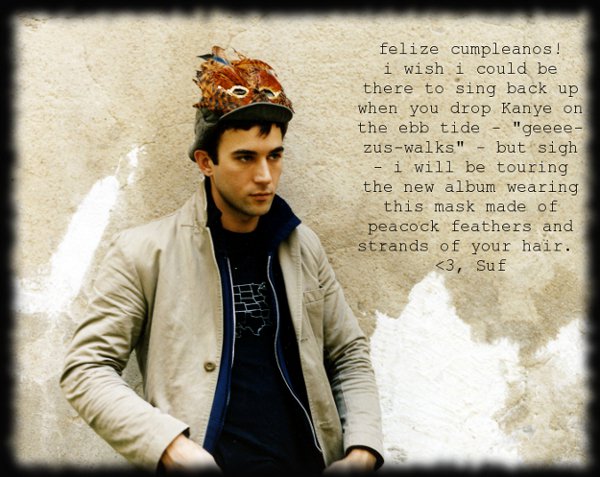 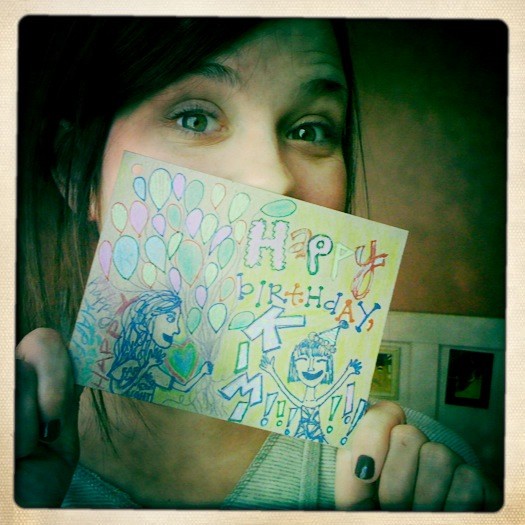 by Heather (my roomie)
A true a la Kimi cake!! Amazing and delish! 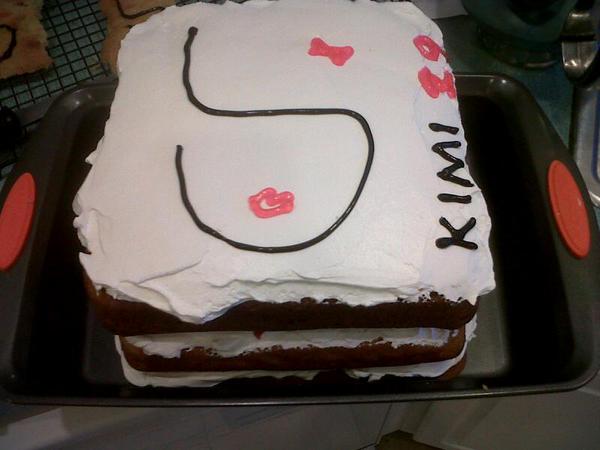 A huge thank you to these artists and their amazing birthday artwork!
OK, so let's talk about Friday where my dearest love Robbey gave me:
1. a Charlie Brown birthday card (amazing) and
2. Jonsi tickets at the 930 club (how do I count the ways...)
We joined some of my favorite people for a Mexican happy hour and, oh, las margaritas did flow. At one point, all the lights went out and there was instant silence--that is until someone started banging a pot (right next to Robbey's ear--pobrecito!) and the lights flickered on and a handful of staff came out singing Happy Birthday. I felt like I was in a cartoon where everything was happening in quick colorful seconds. I blinked and someone had placed a plateful of dessert in front of me. I blinked again and there was a spoonful (like a serving spoonful) of whipped cream suspended in front of me. I thought it was there because they wanted me to take a generous bite, so after some hesitation, I leaned in. My face was instantly smothered in--what everyone told me later was--a coffee filter full of whipped cream (thanks Misie for documenting). Seriously, I look like an Asian Santa Claus gone terribly wrong. 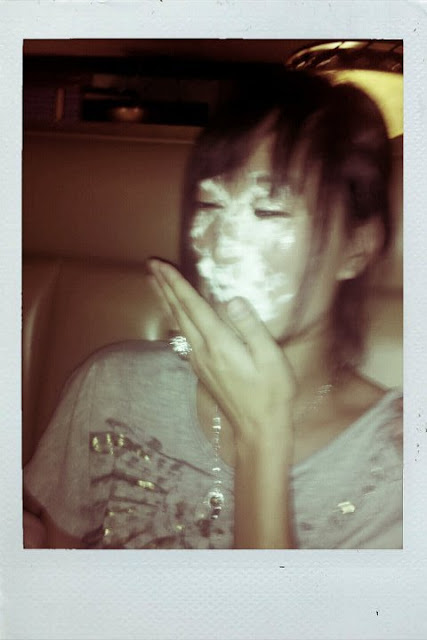 Post-whipped cream face, I spent the next three hours around a bonfire with my family, friends, and Mr. Vincent Van Gogh double espresso. It was probably one of the most memorable times of my life where the kindest of words were shared and life couldn't have been more meaningful in the company of such amazing people.

Sushioke 2010
The next evening was full of sushi and close friends and family from near and far. Those who preferred a little suspense to their adventure came out to karaoke afterwards, which was around 15 of us. We had the "privilege" of trying out a new karaoke place (since our tried and true locale didn't karaoke on Saturdays) which I was a bit skeptical about after Rachel described it as being "run by Nazis." Besides that, I wasn't sure what to expect.

Rachel and I decided to take one for the team and sign up first for karaoke. Song choice? "Hey ya" by Outkast. DJ Ricky gave us two mics and told us we had to stand about 6 feet apart to avoid mic feedback. After a few failed attempts at this, I found myself sitting in a booth next to a stranger and her down-syndromed child eating dinner. "Excuse me, ma'am?" DJ Ricky said to the stranger. "She"--gesturing at me--"is going to have to sit here for a second okay? Just until this song is over." The woman didn't even look at me, she just nodded her head and threw a fry in her mouth. I sat there blankly as the song was already 15 seconds in and there I was expected to karaoke while sitting ten feet away from my co-performer in a booth with strangers eating dinner. Something was terribly wrong. I ended up turning off my mic and sharing with Rachel. Why we didn't think of this in the first 3 seconds of the song--I'll never know.

The rest of the night just got weirder and more hilarious. My friend Katie best summed in up by repeatedly asking me, "Seriously, where are we?" There was a fight that nearly broke out between two patrons at the bar, there were children under 11 there until 1 in the morning, there was smeared poop on the bathroom floor, there was a younger woman who danced like we should have been throwing money at her (see photo below by Misie), and an older woman who not only danced equally trashy on everyone (gender didn't matter) but also shared her gut with us every time she put her hands up. At one point, she was grinding on Rabbit and she paused to ask: "Is this anyone's husband?" Once she got her answer, the grinding resumed. Oh, did I mention that this older woman was DJ Ricky's mom? 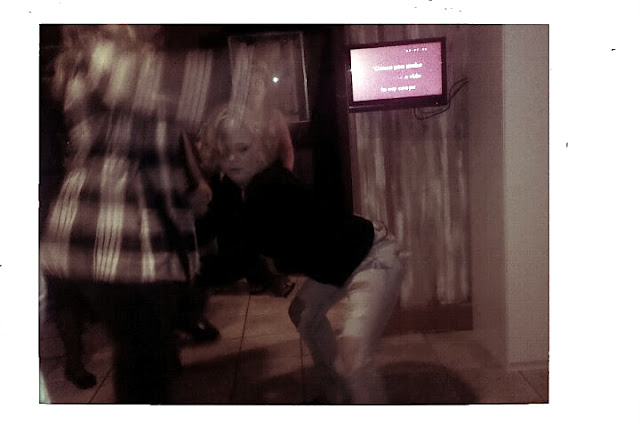 Needless to say, we completely took over that karaoke bar (except for one Nickelback performance by a bar patron) and probably gave the Bayside Inn its best night they ever had, and as weird as it was being there, I have to say they probably gave me one of mine that will certainly go down in the history of birthdays.
Posted by Kimi at 1:55 PM

crying - laughing too hard - my co-workers are probably staring...omg - i totally forgot about the mic thing and had NO idea that lady was the DJ's madre. yikes, bikes.