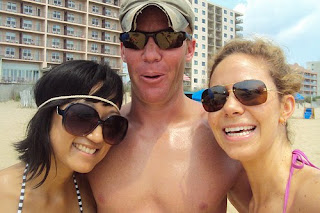 On our way to the beach we witnessed a guy dressed in a hot dog suit dancing his little hot dog off (?). Hendrix drifted into the other lane by accident nearly bumping into three motorcyclists who, thinking we did this maliciously, proceeded to give us the finger for a grand total of 10 seconds, flash us some other NSFW signs, and other antics that I of course failed to capture on my camera phone. (I'll get you next time you miniature space chimps! That's what they looked like by the way in their little cyclist suits.)

We stayed at the Dunes Manor on 28th street, one tiny block over from the end of the boardwalk. This hotel, which I would recommend to anyone, had perfect oceanfront views, a piano bar, an outside deck with rocking chairs (Cracker Barrel style), an outdoor bar, and a barefoot bar below where you could throw a few beers back (for $1.50) and then walk (stumble) a few paces out to the beach to take a nap (pass out). 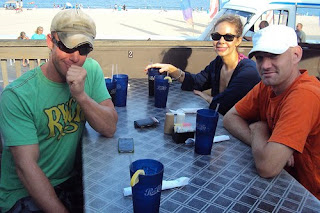 The weather was perfect. Our setup was perfect. Hendrix and Brian found $2 in the ocean (they also spotted a stingray but we won't talk about that), Mandy and Hendrix bonded over Irish accents and Far and Away movie quotes, we witnessed two older (and bigger) lesbians having a love fest after hours, we (of course) hit up Seacrets where Mandy threw flip flops we found at a table into the water (classic), and we all adopted a reoccurring phrase Mandy used to refer to overly arrogant and under-attractive men: douchelords. I'm not sure why adding "lord" to the end of "douche" ups the comedic genius of this word but it does. Directly from the creator's mouth: "Look at all these douchelords. It's like we're in the douchelord factory."

If you know Mandy, you know her mind is a factory of its own, harvesting zinger after zinger, 24/7. What is manifested from this factory is what I like to call: Mandyisms. So without further ado, here are our Beach Trip Beeches 2010 Mandyisms: 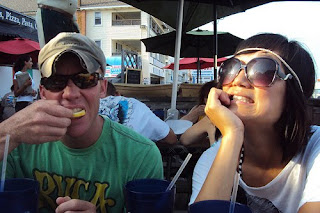 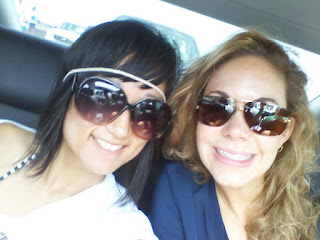 OK, when are we getting together again!? I just got my morning laugh in via reading your blog. I can hear her saying every single one of those things. LOVE IT.