Words_Mary, Mary, Oh So Not Contrary

My friend Mary and I are becoming better friends as we both "attend" the same church and book club,* and by "attend", I mean, "she attends regularly book club and I don't". In a nutshell, Mary is friendly, quirky, charming, honest, and incredibly funny without even trying. If we weren't friends I'd probably hate her. Just when I thought I couldn't like her any more, I find out at book club (the one I did attend) that she has, in years past, watched Korean soap operas, namely: The Bizarre Bunch. 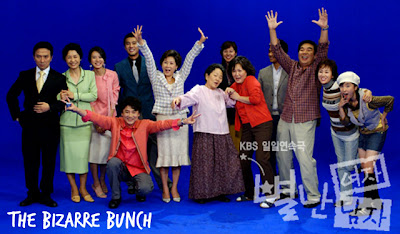 All subtitled of course, she claimed the soap opera cultured her enough to be able to detect the Korean language by ear. She recalled a time when she was settling into an evening of The Bizarre Bunch and, gasp! There were no subtitles! How was she going to watch and enjoy her stories? Any normal person would have probably changed the channel and opted for an equally riveting source of entertainment (like Real Housewives, whatever) but no. Mary is not the normal person. She instead, wrote the show's network company complaining about this hiccup and demanded she have a guest role in the Korean drama itself. That last part wasn't true at all. But she did write the network. And she did finish the soap opera eventually (which only lasts six months in Korean TV fyi as opposed to 20 years in America). I'm not sure if she ever received a response from the network but she, in her Mary-way, made an extremely almost microscopic dent in the network Korean-subtitling industry. And for that, I am proud--nay, 난 니가 자랑스러워 "Nan ni-ga ja-rang-seu-reo-wo" to be her friend.