I met the real Mr. Santa Claus at Logan airport in Boston, MA. 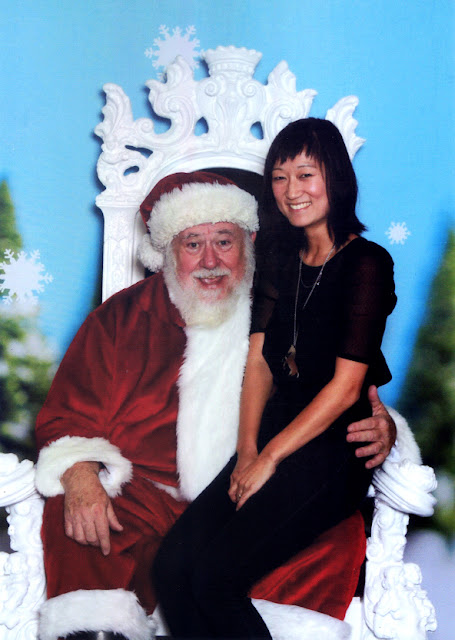 Mandy couldn't stop talking about Santa's inappropriate hand placement and disturbing facial expression which ruined my whole Mr. Claus experience. I suppose it was weird looking back on it. I had approached him and asked: "Uh...do I sit down...?" and he patted his leg and said--probably too zealously--"Of course!" And right when I sat down, wouldn't you know, the "battery died on the camera" which meant me and Mr. Claus had to small talk it for a whole two minutes. (He apparently had to work 9 hour shifts for 12 days with no stand in, or sit in. Whatever.) So, after smiling for three pictures (yes three) and being forced to say three different phrases (like jolly holly merry christmas sugar candy bows and ribbons!), I finally jumped off of Santa's lap, grabbed my free photo, and ran far far away. Which explains this reconstruction: 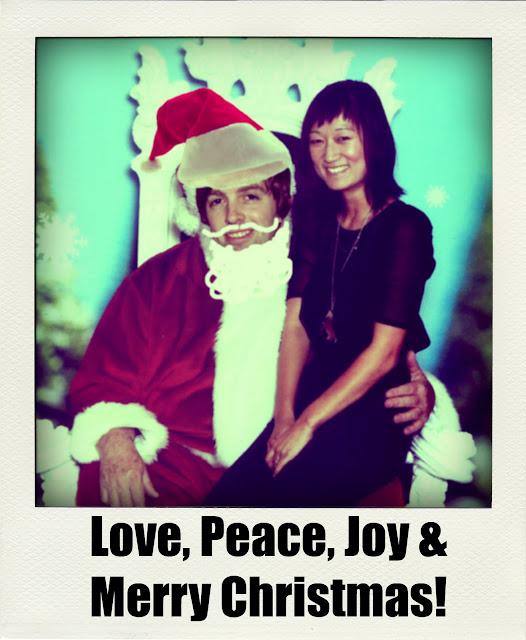 Ahhhh. Much better. And they all lived happily ever after.
Posted by Kimi at 5:42 PM